If you've never been to (or heard of) Folly Island, let me tell you that it's one of my favorite places! It's a small barrier island just south of Charleston. My dad spent part of his childhood there and my Granddad lived there before that. Granddad lived on East Ashley Avenue, which is just one street away from the beach.  Below is a pic of my Granddad, Paul Ace Hardwick, with my kids on Folly. Obviously, this was taken a few years ago. It was the year I first started researching for my book. 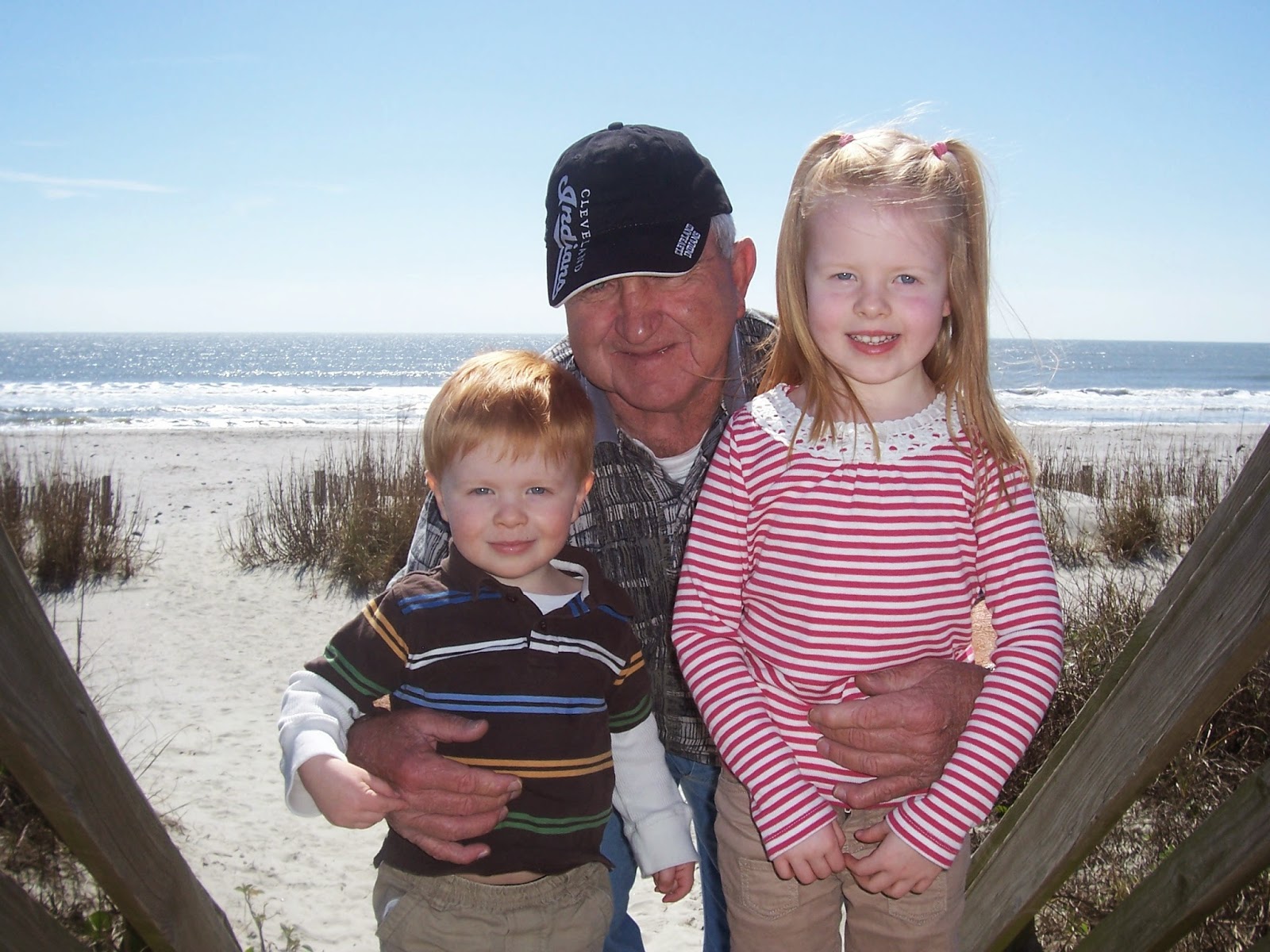 What makes Folly special?
To me, Folly has a Key West "come as you are" vibe. It's low key, intimate, fun and incredibly beautiful! The island is only six miles long and a half-mile wide, which adds to its intimacy and charm.

On the eastern end of the island you can view the Morris Island Lighthouse, which was once located on an island but is now completely surrounded by water. It's weathered and aged and full of the history that makes Charleston and her sea islands so unique. I can't wait to share some of Folly's history with you in future posts. I'm talking pirate ships, Confederate soldiers, bootleggers and don't forget the romance! As I write this, I'm staring at an old News & Courier ad from May 16, 1926, that promotes "The Folly Pavilion - Famous Summer Resort - Opening Dance," which touted "mysterious masked musicians." Back in the day it was quite the place! Just imagine dancing on the Pavilion under a large crystal ball at night with the ocean lapping rhythmically on shore.

Today, the main island attraction remains the Folly Pier. Stretching more than 1,000 feet into the Atlantic, if offers a great view of the coastline and attracts fisherman from all over. (My husband once caught a baby shark. His last fishing expedition on the Pier, however, was not as fruitful!)  Today's Pier looks very different from the covered Pier that once had Spanish moss hanging from its rafters and is more elevated than the original (now 23 feet above sea level). While there is still occassional "Shagging on the Pier," Bill Bryan in his book, "Folly Beach: Glimpses of a Vanished Strand," describes the Pier during the '40s and '50s as, "...the setting of many raucous gatherings. It was the wildest spot on the strand." Today it's definitely more tame and family oriented. My kids love walking along the planks and peeking down between the boards to see the ocean underneath. It's a lot of fun!

Growing up so close to the ocean as he did, I now understand why my dad referred to himself as a "South Carolina Sandlapper." My Granddaddy often said we have "saltwater running through our veins." I guess that's why I'm so attracted to the Atlantic Coast and mesmerized by its beauty. And, to me, there's no place quite like Folly. 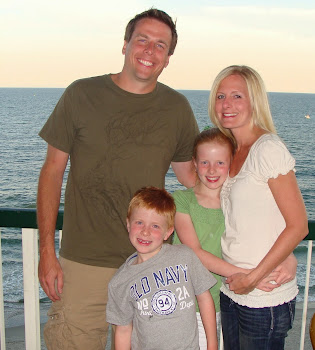 My hubby, Scott, my daughter, Rayna, and my son, Ethan